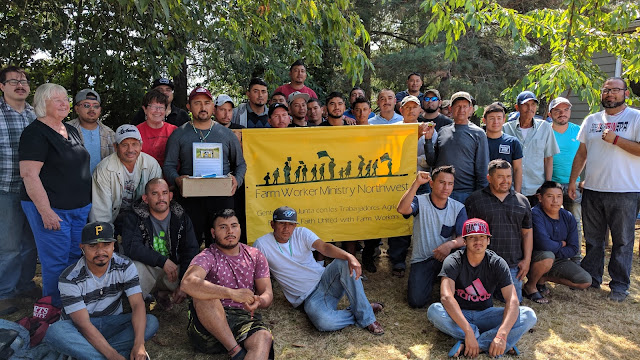 In a Dark Time

The year began with me grieving the loss of my friend Jan, who died on November 9, 2016.  I spent New Year’s 2017 at a wonderful retreat at Pendle Hill, a retreat center in the Philadelphia area, made famous by Parker Palmer who lived and worked there for many years.  In the mix of silence and sharing and speaking and listening to the deep longings and intentions on our hearts, I gained some needed strength to face the new year without Jan, and to do what I could to counter the storm the new administration was sure to bring to our country.

I know it has been a hard year for many of us.  We are, as Parker Palmer so aptly said, brokenhearted.  Brokenhearted, and angry, and questioning how and why, but most importantly asking, “What can I do?” I am glad that so many have heeded the call to be the peace and justice makers and keepers that we long for.  It is up to us; we are the change that we long for.  The work is hard because we have to be in it for the long haul; for some of us, change will come after our lifetimes.  It is easy to feel that things are hopeless, that my little contribution will not matter.  But history tells us that change can come, and does come, when people come together across divides, to make life better for all, but especially for those who suffer through poverty, discrimination, illness, and neglect.

I have been fortunate that my ministry has allowed me to make friends with people who suffer.  I know that personal relationships are the key to love and understanding and supporting those who are not “like me.”  This year, I became the co-President of Farm Worker Ministry Northwest, part of the National Farm Worker Ministry.  We organize the faith community to support farmworkers and their labor unions/organizations.

Farmworkers in this country have always been exploited workers, which the current tactics of Immigration & Customs Enforcement have made much worse.  It is unconscionable that the people we depend on for our food are not only suffering through poor wages and working conditions, but they are also denied legal status and can have their families torn apart.  Because of the new administration and ICE tactics, we have seen a rise in people who now “get it” and can connect their daily sustenance to abuse and exploitation!

“Did you eat today?” our slogan goes, “Thank a farmworker!”  Better yet, demand justice for them!

In June, there was a major success as the berry pickers at Sakuma Bros. were able to get their first contract!  I went up to celebrate with them in Mt. Vernon, Washington with Debi Covert-Bowlds, my colleague co-President.  The celebration was marred by a death of a girl at the labor camp (circumstances we never found out about), and in early August, the death of a worker at a different berry farm in Washington.

And so the work continues.  In July, I organized a visit and tour for about 50 people to Woodburn, Oregon, hosted by our Oregon farmworker labor union, PCUN, and their very faithful president, Ramon Ramirez.   In October, I was part of a panel with Ramon, and Leecia Anderson of Western Farmworkers Assn., at my own church, First Unitarian.  In November, I testified at an Oregon OHSA hearing asking that farmworkers be given the same considerations we give to salmon – a 300 foot “no pesticide spray” buffer zone – OHSA feels that 150 feet is sufficient!

I pray that the ending of this year finds you at peace.  At the end of a hard year, I find sanctuary in the silence, and gratitude for the gift of friendship.  The poet Theodore Roethke wrote, “In a dark time, the eye begins to see.”  Who knew at the beginning of the year that sexual abuse would finally come out of the closet?  It gives me the courage, finally, to say, #MeToo.  Our stories matter.  Truth matters.  Solidarity matters.  May it be so.

Copyright 2017 Constance B. Yost. All rights reserved.
Posted by Rev. Connie Yost at 8:18 AM